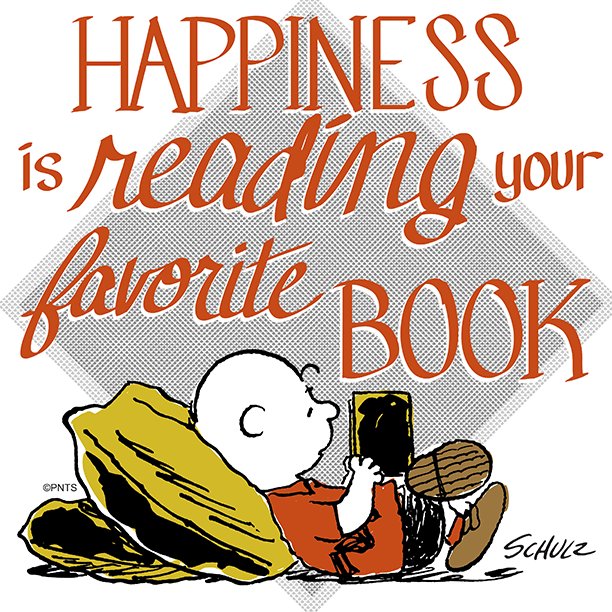 Congratulations and many thanks to all for the many books so lovingly provided. 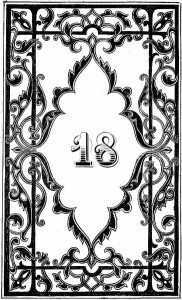 Eighteen years ago, on October 1, 2000, Distributed Proofreaders volunteers began “preserving history one page at a time” by preparing public-domain e-books for Project Gutenberg. Since then, DP has contributed over 36,000 unique titles. Here’s a look back at some of DP’s accomplishments since our last retrospective.

33,000 titles. In November 2016, Distributed Proofreaders posted its 33,000th unique title to Project Gutenberg, A Flower Wedding, by the great children’s book illustrator Walter Crane. You can read all about it in this celebratory post.

35,000 titles. DP contributed its 35,000th title, Shores of the Polar Sea, in January 2018. This beautifully illustrated account of a 19th-Century expedition to the North Pole is celebrated in this… 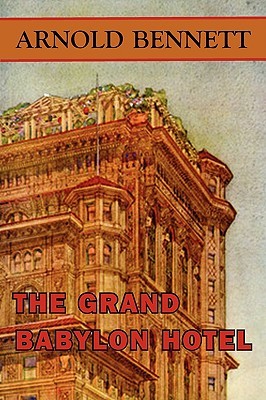 Free from Project Gutenberg or LibriVox

Book Around the Corner

I’d never heard of Arnold Bennett before Tom from Wuthering Expectations (or Les Expectations de Hurlevent during his stay in France) recommended The Grand Babylon Hotel to me. Published in 1902, it’s a funny novel set in a luxury hotel and full of twists and turns.

It starts as Mr Racksole, an American millionaire, stays at the Grand Babylon Hôtel in London with his twenty-three years old daughter Nella. The hôtel is a palace that caters for the aristocracy, royalty and millionaires. It was founded by Felix Babylon in 1869 and its staff prides itself for the impeccable style of the hôtel, always spelled à la French, with a ^ on the o, for the Swiss chic.

If there was one thing more than another that annoyed the Grand Babylon—put its back up, so to…

Thank you for your dedicated “work” and to all the DP volunteers, your labor of love is very appreciated. 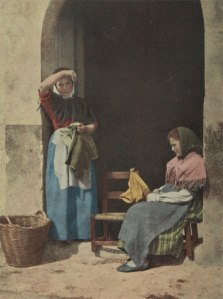 From With a Camera in Majorca

Passing time at Distributed Proofreaders is not like working. It is for me a relaxing process that gives me many views of the world that I would have otherwise missed. I say missed because I have had neither the opportunity nor the money to travel, nor to read books as widely in my lifetime as I might have at one time wished to do. DP is a vicarious idea, where you can experience the world through books – one day a famous classic, the next maybe a few pages from a children’s book – a little adventure every day, the choices are wide. You can do as much or as little as you wish, and the tasks are variable and numerous. The wonderful world of books – maybe some are a little old-fashioned, but better late than never.

I have always lived in small villages…

Very interesting post by WebRover, a volunteer at Distributed Proofreaders. 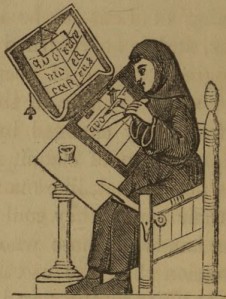 At Distributed Proofreaders, we are all volunteers. We are under no time pressure to proof a certain number of pages, lines or characters. When we check out a page, we can take our careful time to complete it.

We can choose a character-dense page of mind-numbing lists of soldier’s names, ship’s crews, or index pages. We are free to select character-light pages of poetry, children’s tales or plays. Of course these come with their own challenges such as punctuation, dialogue with matching quotes or stage directions. We can pick technical manuals with footnotes, history with side notes, or  science with Latin biology names. We can switch back and forth to chip away at a tedious book interspersed with pages from a comedy or travelogue.

Every so often though, I stop and think about the original typesetters.

They didn’t get to pick their subject material, their deadline or their quota. They… 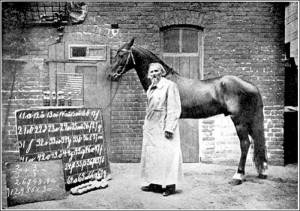 To many people in the early years of the 20th Century, the answer to that question was “Yes!” After all, thousands had seen von Osten’s Russian trotting horse, Clever Hans, use hoof taps and head nods to solve multiplication and division problems, spell out words, name colours, and answer complex questions from a variety of people, even those who had never worked with him before. Sceptics were quickly convinced that what they were seeing was an animal capable of conceptual thought, limited solely by the lack of the ability to speak from taking his place in human society.

In Clever Hans (The Horse of Mr. von Osten), biologist/psychologist Oskar Pfungst disproved popular opinion regarding that clever horse — and, in so doing, created a landmark study in how to apply the experimental method to human and animal behaviour. 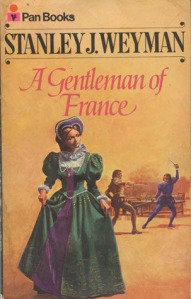 The death of the Prince of Conde, which occurred in the spring of 1588, by depriving me of my only patron, reduced me to such straits that the winter of that year, which saw the King of Navarre come to spend his Christmas at St. Jean d’Angely, saw also the nadir of my fortunes. I did not know at this time–I may confess it to-day without shame–wither to turn for a gold crown or a new scabbard, and neither had nor discerned any hope of employment. The peace lately patched up at Blois between the King of France and the League persuaded many of the Huguenots that their final ruin was at hand; but it could not fill their exhausted treasury or enable them to put fresh troops into the field.

I think, as we sat our horses in the rain, the holly-bush not being large enough to shelter us all, we were as sorry a band as ever set out to rescue a lady; nor was it without pain that I looked round and saw myself reduced to command such people. There was scarcely one whole unpatched garment among us, and three of my squires had but a spur apiece.

From the Stanley J. Weyman site:

Admired by renowned authors such as Stevenson, Wilde, and Rafael Sabatini, Stanley John Weyman is today a forgotten literary giant of the late 19th century. While for years his best-selling historical romances enchanted thousands of readers, today his books are mostly neglected.

One of his most well known novels was A Gentleman of France, which describes the “grand climacteric of a man’s life”.  Forty-year-old M. de Marsac is in the process of losing his finances and gentleman status. He has been forced to groom his own horse by cover of night and faces ridicule because of his tattered appearance when he goes before the court of Henry of Navarre seeking a commission. . . . . A silent film in 1921 was based on the novel.

For lovers of historical novels, A Gentleman of France (1893) is available free at Project Gutenberg in numerous formats. I’ve heard it described as The Three Musketeers without the tedious bits.

The Octopus
A Story of California
by Frank Norris 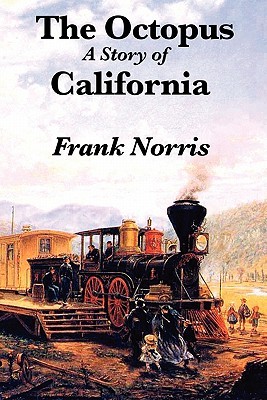 Just after passing Caraher’s saloon, on the County Road that ran south from Bonneville, and that divided the Broderson ranch from that of Los Muertos, Presley was suddenly aware of the faint and prolonged blowing of a steam whistle that he knew must come from the railroad shops near the depot at Bonneville. In starting out from the ranch house that morning, he had forgotten his watch, and was now perplexed to know whether the whistle was blowing for twelve or for one o’clock. He hoped the former. Early that morning he had decided to make a long excursion through the neighbouring country, partly on foot and partly on his bicycle, and now noon was come already, and as yet he had hardly started. As he was leaving the house after breakfast, Mrs. Derrick had asked him to go for the mail at Bonneville, and he had not been able to refuse.

When Presley reached Annixter’s ranch house, he found young Annixter himself stretched in his hammock behind the mosquito-bar on the front porch, reading “David Copperfield,” and gorging himself with dried prunes.

Annixter–after the two had exchanged greetings–complained of terrific colics all the preceding night.

The Octopus is the current group read (through January 2) at the 19th Century Literature group. It is available in numerous formats from Project Gutenberg and in audio from LibriVox. Visit Becky’s Books for extras (historical information and related photos).

What are you currently reading?

1723: Susanna Centlivre dies. She was a popular playwright during the early eighteenth century, working closely with the Theatre Royal, Drury Lane. Her belated Restoration comedy, The Basset Table (1705), is probably her most famous play, although A Bold Stroke for a Wife (1718) has remained well-known too. 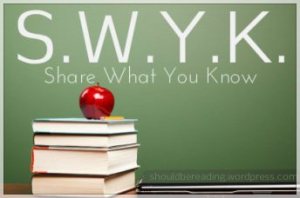 SWYK! (Share What You Know) is a weekly meme hosted by MizB of Should Be Reading. This meme asks you to share 3 tips on one of the topics below, OR 3 tips on a different topic that you know well and feel others would benefit from!

One of the topics this week is Where to find eBooks online. I’ll be mentioning sites for free eBooks, most of which are in public domain. What a boon for lovers of classic literature.

The first place I always check is Project Gutenberg. I even use their recent additions page as my home page. The main link is for the United States site. If you are in another country, you can check here for further information. Project Gutenberg books are no longer limited to plain text, but are available in a variety of formats to fit any reader or mobile device.

A third option is ManyBooks.

There are too many more to list, but this highlights the largest and user-friendly ones I’ve found.

Why stop here? As an added bonus, AUDIO BOOKS are available. If you enjoy listening to books, don’t miss exploring LibriVox.

What are your favorite sites for free eBooks? Do you have any other sites to share with us?

Thank you to John Mark Ockerbloom and The Online Books Page!

It’s the start of the new year, which, as many of my readers know, marks another Public Domain Day, when a year’s worth of creative work becomes free for anyone to use in many countries.