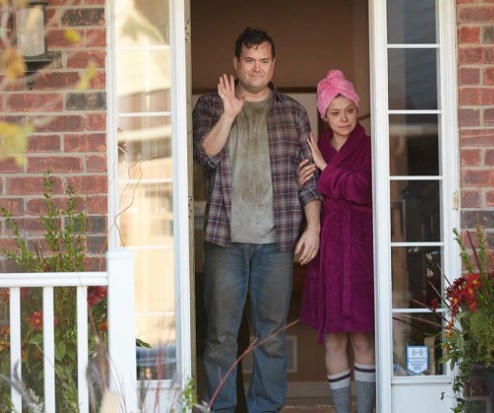 As they appear to the neighbors 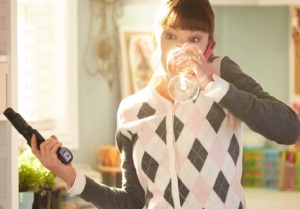 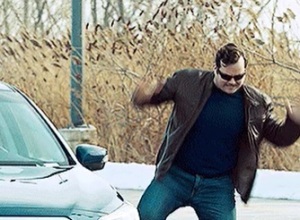 And now we know. The scene pictured above in the first photo aired last night in the third episode, The Stigmata of Progress. It is Helena with Donnie!

With the discovery of the maggot bots and the fact that one was implanted in Sarah, Alison and Donnie decide to dig up the body of Aldous Leekie to try and obtain a specimen for Cosima to study. Helena is busy in the kitchen eating for three when two detectives arrive to speak with Alison about a murder. When Donnie pops into the house for water, he notices what was going on and joins Helena and the two detectives for a hilarious, yet suspenseful scene. The photo shows Donnie and Helena at the door after the detectives leave.